As my second year of film blogging draws to a close, I thought today was a good day to look back on some of the best films I've seen this year. Ahead of my 'Best of 2013' list which I'll publish in late January on my blog's two year anniversary, the list below is of the top ten 'new to me' films of the year. The list is taken from all of the films I've seen this year for the first time which weren't released in 2013.

Although I've seen a lot fewer films this year than last (278 as of 27th December, compared to over 365 at the same point in 2012), I believe that this list features comparatively better films than last year's.

10. Wings 1927. The first winner of what became Best Picture at the Oscars, Wings is a romantic drama that stands the test of time. Engaging leads and technical wizardry made it feel fresher and easier to watch than many films from the same period. Clara Bow's performance and the aerial photography are amongst the many highlights of this late period silent feature. 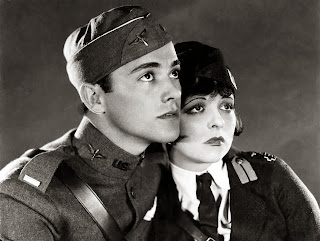 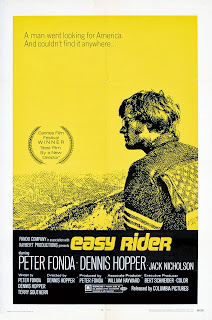 I’ve watched a lot of great films for the first time this year and an echelon below Citizen Kane and Man with a Movie Camera is a film like Easy Rider. Written by actors Peter Fonda and Dennis Hopper and directed by Hopper it’s a motorcycle road movie about two long haired guys travelling across America, encountering intolerance and hatred. Released in 1969 against the backdrop of the Civil Rights movement, the film chooses to focus on intolerance against the freedom loving hippie movement of the same era but its central characters can be used to denote any group or people that experienced hate and intolerance.

Produced independently and with a budget of around $360,000, the film went on to become a huge mainstream success, creating enormous profits and winning Hopper an award at the Cannes Film Festival. It has since become a classic and a film that opened my eyes to the counter-culture movement of the 1960s, a movement that has traditionally been overlooked by mainstream media. Dennis Hopper said about Easy Rider that the films that were being made at the time weren’t about the America that he saw and he knew and this film is just that. It’s about the America of the youth, the hair, the drugs, the ideals, the freedom and the hatred.
Read the rest...
Posted by Unknown at 12:59 No comments: 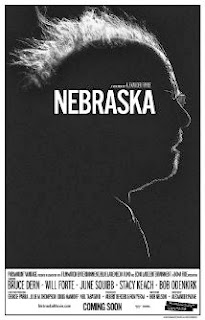 It’s been a few weeks now since I saw Nebraska, Alexander Payne’s monochrome comedy-drama and I didn’t originally intend to write about it. But of all the films I’ve seen in the last couple of months, it’s the one that has stayed with me the longest. Nebraska stars Bruce Dern as Woody, a grouchy old man whose moments of lucidity are swamped by his seemingly frail mind. Woody receives a sweepstakes letter which tells him of a million dollar prize win which he is determined to collect in person. Despite warnings from his family that the prize is bogus, Woody is undeterred and eventually his son David (Will Forte) agrees to drive across country to Lincoln, Nebraska with his father to pick up the winnings. Along the way the pair stops in Woody’s small hometown where he reconnects with the past.

At this late stage in 2013, Nebraska stands as one of the best films I’ve seen all year. It’s an absolute delight, merging neo-realism with caricature in a way that I’ve rarely witnessed before. It manages to be both grounded but quirky, serious and flippant and focuses in the everyday side of America rarely featured in Hollywood films. The characters don’t moan about money while living in mansions or complain about their dream jobs, these are Middle Americans, dealing with normal issues and I couldn’t take my eyes off the screen.
Read the rest...
Posted by Unknown at 11:30 No comments: 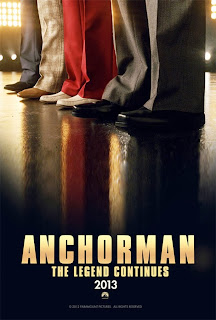 Anchorman: The Legend of Ron Burgundy was one of those rarest of comedies, a film that gets funnier the more you watch it and one that has so many quotable lines that you’d laugh yourself silly before running out while reciting them with friends. Like Airplane! and This is Spinal Tap! it was a film that you could introduce to friends and watch them fall in love with and watch on a loop without getting bored. As a nineteen year old in 2004, that’s how my friends and I saw it anyway. In the years since, the film’s star Ron Burgundy (Will Ferrell) has made occasional appearances in adverts and the like as well as a, let’s be honest, poor and straight to DVD Wake Up Ron Burgundy: The Lost Movie which was compiled using left over footage from the first movie. Now though, nearly a decade later the famous New Team has finally assembled for a much anticipated two hour sequel.

I have an odd love/hate relationship with Will Ferrell. Sometimes he seems like the funniest guy in the world and his comic creations slay me. More than half the time though, he really annoys me. In Anchorman his Ron Burgundy character was always the former of these two Ferrells’ but unfortunately for long periods in Anchorman 2 I found his greatest creation not just annoying but also dull. Annoying and dull are two words that I’d also use to describe the film as a whole. That being said, it is not without its moments and most of these come flying from the gaping mouth of Brick Tamland (Steve Carell), the man who saves the movie.
Read the rest...
Posted by Unknown at 09:27 1 comment: 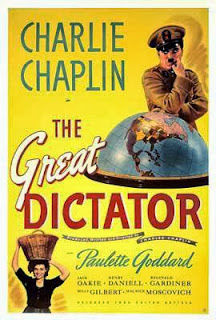 The Great Dictator saw Charlie Chaplin return to the screen following an absence of four years since 1936’s Modern Times. It also marked his first true talkie, a departure from the silent cinema which had for a time made him the most famous person on the planet. From a script written in 1938-39, The Great Dictator satirised the Fascist regimes of Italy and Germany and in particular the moustache stealing Adolph Hitler. Despite pre-production condemnation from Hollywood and a Hitler appeasing British Government, the film which was financed solely by Chaplin himself became a huge critical and commercial success, no doubt spurred on by its staggered release in 1940-41 by which time Europe and then the whole world was at war.

Chaplin who had by this time become increasingly political in his film making can be considered as somewhat of a visionary in his approach to the film. While writing the script much of the world was seduced by Hitler and saw him and his Nazi Party as the antidote to the spread of Communism. His strong, conservative Germany formed a vital buffer between the Soviet Union and the West and became an important trading partner once again. While many politicians were unable to see beyond Hitler’s immeasurable charisma, Chaplin focussed his film on those in the firing line of Hitler’s new Europe, specifically the Jews.
Read the rest...
Posted by Unknown at 13:40 1 comment: 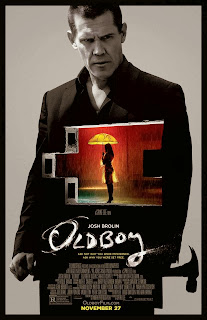 Anyone who knows me personally or has read my review of Park Chan-wook’s 2003 revenge thriller Oldboy will be aware that the Korean film is one of my favourite movies of this young century. Its initial success and cult status in the West meant it was only a matter of time before a Hollywood remake reached the cinema. Talk of a Steven Spielberg-Will Smith project came and went and instead, ten years after the original, we’re hit squarely in the face with Spike Lee’s Oldboy, a sanitised and surprisingly safe American version. The film is based on the Korean movie rather than the original Japanese Manga but contains subtle and often baffling differences.

The story is of Joe Doucett (Josh Brolin). Doucett is a man on the verge of losing his job, a man who spends too much time with the bottle and not enough time with his wife and young daughter. Following a heavy night of drinking he awakens in what appears to be a motel room. It soon becomes apparent that his ‘room’ is in fact a cell, a cell in which he will spend the next twenty years of his life locked up for a reason that he cannot fathom. While incarcerated Joe is framed for his wife’s murder and sees his young daughter adopted. Inexplicably after two decades Joe is released and given the task of working out who kept him prisoner and why he was framed for the grizzly murder of his wife.
Read the rest...
Posted by Unknown at 10:56 No comments: