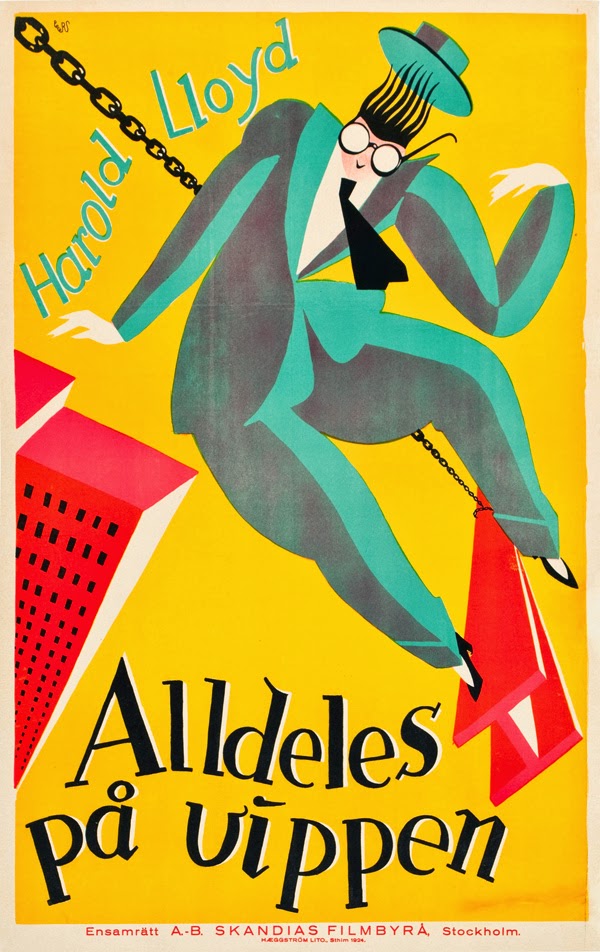 Anyone who knows me or has regularly perused my blog will be well aware that I’m a huge fan of the silent comedy from the 1910s to 1930s. Of course this isn’t entirely true though. My love and knowledge only extends as far as the two behemoths of the era, to Charlie Chaplin and Buster Keaton. Aside from the occasional foray into the likes of Laurel and Hardy and non-Chaplin Keystone, my understanding is limited. For a long time I’ve wanted to get a hold of some of the films of Harold Lloyd, the man who probably came closest to Chaplin and Keaton both then and now. Unfortunately, unlike my two comedy heroes, his oeuvre is harder to come by and much more expensive. I’ve started then with what is in my opinion his best known work; Safety Last! A film famous for its iconic still of Lloyd hanging from a clock face several stories up a skyscraper, I thought I’d start with the obvious and work my way back.

The movie opens very strongly with a set up that seems to suggest that the lead character, named Harold Lloyd, is behind bars and being visited by his sweetheart and a priest. In the background, a hangman’s noose looms. As the camera zooms out though, we learn that he’s merely behind a fence and is in fact awaiting the arrival of a train that will take him to the big city in search of his fortune. Lloyd promises to make good within the year in order that he and his girl (Mildred Davis) can marry. The establishing scene expertly sets up the next sixty-five minutes by introducing us to the characters and their motivations as well as giving us a great sight gag. From then on, the film goes from strength to strength.
Read the rest...
Posted by Unknown at 20:42 13 comments: