"However history remembers me before I was a President, it shall only remember a fraction of the truth..." 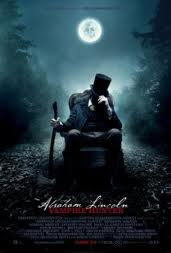 In 1818 a young boy by the name of Abraham Lincoln (Benjamin Walker) witnesses his mother’s murder and vows to get revenge on the man who took her life. In his late teens he finally plucks up the courage to enact his revenge but when he fires a pistol at the head of the assassin, the man simply gets back up and attacks the young . The young man is saved by a strange man called Henry Sturgess (Dominic Cooper) who tells the future President about the existence of vampires and teaches him the art of killing them. dedicates his life to the destruction of vampires but finds in later life that words and deeds outweigh the power of his axe and he eventually becomes a Lawyer and later President of the . During his Presidency the vampire rich South declares war on the North in the hope of creating a nation for vampires.


This film is a case of a title that is better than the movie. The idea behind it sounds great; that one of America’s most beloved Presidents was also secretly a Vampire Hunter, but the execution doesn’t live up to the premise. I’ve recently read books about the American Civil War and Lincoln’s assassination so probably know more than the average Brit about the President and this period of America’s history and there were nice details, incidents and characters taken from the period and Lincoln’s life that were included to give a bit of authenticity to the story. The truth, with the added inclusion of vampires could have created a really good film but alas it is not. 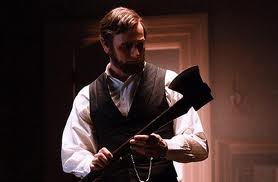 The film’s design is meant to be a sort of Gothic horror but it relies far too heavily on special effects and hardly anything in the film feels tangible. You get the feeling that about 80% of the film is shot on green screen which is a shame because there must be plenty of locations that could have been used. Another design problem is that it was obviously meant as a 3D film but I saw it in 2D because 3D is terrible. As a result things are constantly heading out of the screen at you which in 2D look pointless and this is a film which will probably find success on DVD, a mostly 2D format so why the film was designed in 3D I don’t know. ‘Atmospheric fluff’ is a constant feature of the cinematography and this just gets in the way. Obviously in 3D it’s meant to give the sense of depth (which according to various reviews it doesn’t) but in 2D it was once again pointless and distracting. For some reason the 30 year old Benjamin Walker looks like an alien or like Benedict Cumberbatch after he’s been hit by a spade to the face when he is playing the younger Lincoln but as the older Lincoln he at least appears human. Some of the effects look decent although aren’t on a par with the likes of Prometheus etc. The vampires for instance although obviously CGI’d, look quite good but the scene on the train looks awful and cheap. The main problem with the film’s design is the constant slow motion shots. Although the film is 105 minutes long, if it was played at full speed throughout it would probably be closer to 70. 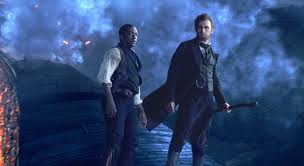 To me the tone feels all wrong. With a title Abraham Lincoln Vampire Hunter you’d expect to see tongue firmly in cheek but instead it is played completely straight as a historical epic/action film. There is very little humour and it just feels amiss. This could have been a funny, gruesome film with a historical backbone but instead it’s a boring, ridiculous film… with a historical backbone. Dominic Cooper stands out on the acting front but his twist could be seen a mile off. Benjamin Walker is fine and does a fairly accurate impression of but he suffers under what I presume are prosthetics. Something that really bugged me throughout was that the vampires could go out during the day. Dominic Cooper's character briefly mentions this but gives no explanation as to how they are able to do this. From what I can see they just wear sunglasses. It's a bit weak and much like fast zombies, is wrong.


Overall this is a mess of a film. The idea is interesting and it could have been great but the execution is extremely poor, from the fake looking blood to serious tone the whole film is a disaster.