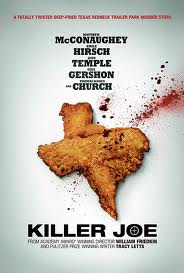 
This is a darkly comic and extremely violent film which is likely to repulse some and delight others. There were several walk outs in the packed screening I was in and many audible gasps as well as perhaps the biggest laugh I’ve ever heard in a cinema. For an example of how it will polarize people I turned to my girlfriend on the way out and said “what did you think?” She replied “I hated it. It was awful. One star”. I on the other hand thought it was excellent. 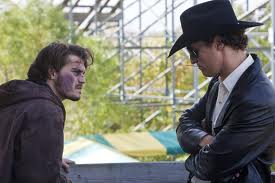 The film’s opening act reminded me a little of . The slide guitar made an occasional audible appearance and the run down look of the Texan landscape as well as the pacing was very reminiscent of Wim Wenders’ classic. After about half an hour these similarities ceased as the pace picked up and the tension, comedy and violence increased. The story is pretty simple but intriguing. A man is in debt, wants his mother killed and hires a shady, dangerous killer to do the job. Added to this are the superb characters. Killer Joe is an old fashioned gentleman who appears to have great respect for women, has manners and is reserved, thoughtful but dangerous. He is played wonderfully by Matthew McConaughey who might be on the verge of losing the ‘Mahogany’ McConaughey moniker I give him. You always get the feeling that underneath his thoughtful, brooding exterior is a vicious killer and this side of him comes out in a couple of scenes, one of which is incredibly brutal. 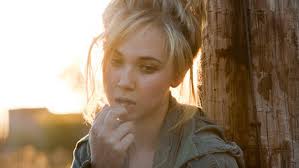 Although McConaughey is great here, the star of the show is undoubtedly as Dottie. She has an almost childlike innocence to her which was deeply unnerving (especially as I ‘liked’ her and she spends a lot of the film naked). Her mannerisms, costume and dialogue gives the impression that she is still a little girl, and she has cute, childlike ticks and behaviours which feels really unsettling given the events surrounding her. Dottie spends most of the film having people do her thinking and she is both overly protected but also led into ghastly situations by those around her. gives an incredible performance. Her accent sounded spot on to me (I had no idea that the actress was English) and she comes into her own later in the film.


Other than the great performances of McConaughey and the film is littered with other fantastic actors giving exceptional performances. playing the family’s father is brilliant. He is slow talking and slow witted and has little idea what is going on around him. He also provides many of the best comedic moments including the aforementioned one which had the cinema erupting with laughter for several seconds. Gina Gershon is good as the step mother who cares little for her step children and just wants her cut. She gives a brave performance in quite an unusual and sickening scene late on involving fried chicken. Completing the main cast is Emile Hirsch as Chris. Chris is the sort of fuck-up who you always expect will get his comeuppance but does everything he can to avoid it. He is played well by Hirsch but is overshadowed by the over the top characters and excellent actors around him. 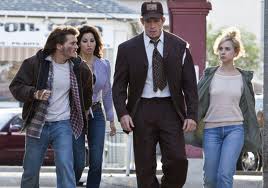 William Friedkin’s direction is excellent as you’d expect. He doesn’t shy away from some graphic violence and equally isn’t afraid to show uncomfortable sexual scenes or surprisingly graphic nudity. This was one of the aspects of the film that annoyed my girlfriend but personally I thought it was well placed. (Especially when it concerned ). Friedkin is masterful at creating suspense and tension and is helped by McConaughey’s slow and deliberate deliverance of his lines as well as a decent twist. The direction is a little rough and ready in places but this gives the film a gritty edge which matches its surroundings. A perfectly polished, shiny frame would feel out of place. I kept wondering how on Earth the film would finish but when it did it was satisfying. I still wanted more but thought it ended in a good place.


Killer Joe is a compelling comedy-thriller that has a hint of Coen-esque feel to it. It is deeply disturbing and violent in places and marks a great departure from the normal Matthew McConaughey role. The acting is superb and the story bold. Not for the fainthearted but if you can hack it – you’ll love it.