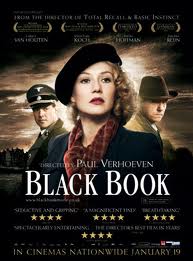 Paul Verhoeven’s tale of injustice, romance, duplicity and war is one of just a handful of films I’ve watched twice this year. I saw it first in early January and was blown away by the story and acting and jumped at the chance to watch it for a second time. Carice van Houten, best known to English speaking audiences as fiery Priestess Melisandre in Game of Thrones plays a young Jewish woman in hiding from the Nazis in the Dutch countryside towards the end of the Second World War. After her hiding place is destroyed and following a traumatic encounter with the Germans she joins the Dutch resistance, going undercover inside the German Headquarters in The Hague where she agrees to seduce the local commander (Sebastian Koch - The Lives of Others).

Black Book is a fantastic film which is full of moral ambiguity set in a time of deep mistrust and hardship. One of the greatest things about it is that very few characters can be described as good or bad. The vast majority of the large cast of characters lie in a grey area somewhere in between and I think this adds reality to the film. The film bravely suggests that not all Nazis were bad and that not every resistance fighter was good or moral. There is a great deal of anti-Semitism even amongst the so called good guys. It’s an interesting idea which works incredibly well and helps to keep the viewer on their toes. 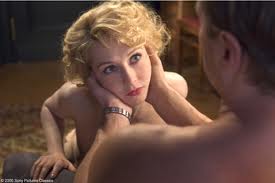 The film is almost unique, at least in my film watching history in that it creates a sympathetic character out of a leading Nazi. Sebastian Koch’s Hauptsturmführer Ludwig Müntze realises that the war is coming to an end and wants to avoid further bloodshed. You actually feel sorry for him at times and at others feel very warm towards him. His positive traits also help to fuel his relationship with van Houten’s Ellis de Vries and make it easy to understand why she becomes emotionally involved with him beyond her assignment. In the same way, the film makes it clear that the actions of the resistance aren’t all above board either and several resistance characters are viewed with suspicion from the start. The dynamics between the characters are exploited with some incredible acting from van Houten and Koch in particular. The two began a four year relationship during filming which makes the relationship seem even more real.

The plot is full of twists and surprises and I don’t want to give too much away but the things that de Vries has to go through are almost unimaginable. Although not based on a true story, many of the aspects are based on facts and real events of the time and this only increases the sense of horror in the viewer’s eyes. Scenes involving family, faeces and betrayal are heartbreaking to watch and the character’s strength and tenacity are all that stop her from being captured. Something which really stands out is the period detail. There isn’t one moment or scene which doesn’t feel authentic. Every costume, prop and location is perfect and this is testament to Director Verhoeven’s eye for detail. He and co-writer Gerard Soeteman had been working on the script for over fifteen years and what shows is that the film is a labour of love for the Director. 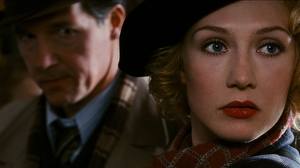 As I’ve mentioned already the acting is superb. Carice van Houten steals the show as the Jewish resistance woman. She is incredible in some quite horrific scenes and yet wonderful in the more sexual ones. It should be noted that she spends a lot of the film (at least it feels like a lot), naked, and this is something which I didn’t not mind one bit. She is very beautiful. The actress and her Director go to extreme lengths to portray authenticity and this even extends to a scene in which van Houten is seen dying her pubic hair. That’s dedication! I can’t help but wonder whether the film would have been as successful with another actress in the central role, Carice van Houten is just that good. Co star Sebastian Koch is also excellent, showing a caring and human side of a Nazi. The actor not only appeared in this film in 2006 but also the Oscar winning The Lives of Others. That’s quite a year. Thom Hoffman is also excellent as the resistance group’s young leader. Waldemar Kobus is fantastic as the villain of the piece. To be honest though there isn’t a poor performance in the film.

Occasionally the film pulls on the heartstrings a little too much and sometimes there are unbelievable coincidences but the realism of the characters and situation helps to mask the few flaws and helps to create a film which is a visually stunning, emotionally complicated gem. The story and acting are both superb and it’s a film I’d recommend to anyone. Looking back through my diary I notice that in January, before blogging, I gave the film 9/10. On second viewing I think that was perhaps a little too high but it is excellent nonetheless.