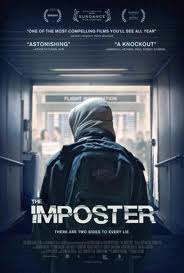 In 1994 a thirteen year old Texan boy called Nicholas Barclay disappeared from . Three years later his family received a call from a Spanish official, claiming that Nicholas had been abducted by a sex slave ring but was now with him in . Despite Nicholas leaving as a thirteen year old with almost Aryan colouring and returning tanned with dark hair and eyes along with a foreign accent, the family accepted the boy who returned as their son. This documentary tells the story of Nicholas’ disappearance and the extraordinary events in 1997 when it seemed that he had returned.


The documentary is created using a mixture of talking heads; achieve home videos and convincing reconstructions which are themselves combined with the talking heads. Almost all of the major players in the story take part which is a little surprising as by the end hardly anyone comes out with any sort of credibility.


I went into this film knowing the story having read about it recently in a magazine. I knew very little about the film however and wasn’t actually sure if it was a documentary or drama. The film plays its cards very early and it isn’t exactly a spoiler, especially given the title, to tell you that the person who returns home in 1997 is not Nicholas Barclay. The real interest for the first half of the film at least, is how on earth this man managed to convince Spanish officials, the American Embassy and most incredibly the family of the missing boy that he was Nicholas. It’s almost too unreal to be true. Without giving too much away, the man who claims to be the boy is of French-Algerian descent and several years older than Barclay. He looks nothing like the boy.

The second half of the film looks at the possible reasons behind his success and this is where we get into spoiler territory so I’ll say no more. The spoilers though aren’t on the same level as the likes of Catfish and the ending is fairly open ended, leaving the audience to judge some of the answers for themselves. I personally came to one of the possible conclusions several minutes before the film announced it but what I believe may not actually be so. The second half interested me immensely and I sort of wanted a definitive conclusion but understand that the film makers can only show what they have. 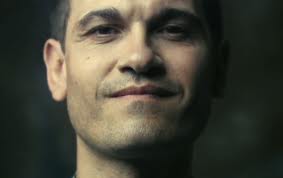 For such a sad and distressing story there are a surprisingly large number of laugh out loud moments. Many of these are to do with either the stupidity of people involved or the sheer audacity of the imposter. The first laugh came when one member of Nicholas’ Texan family was talking about when she first heard that he was in and exclaimed “? But that’s across the country!” She later sounded very surprised to find Coke in another country. This is an extremely insular family, even by American standards. Other laughs arise when the imposter talks about how scared he was about being caught and uses the work fuck repeatedly. The film could have descended into doom and gloom given its delicate subject matter but somehow manages to remain almost light hearted. I’m not sure if this is a particularly good thing but it certainly takes the edge off a terrible tale.


As I’ve previously mentioned it is hard to talk about the film without giving away spoilers so I’ll stop here but just finish by saying that The Imposter is a compelling and well made documentary about an unbelievable set of circumstances which has to be seen to be believed. It will have you talking afterwards and there will be a lot of different conclusions made.