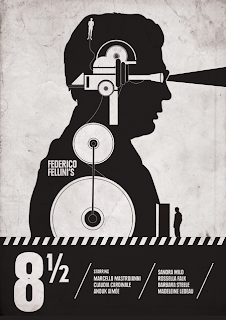 In my quest for cineliteracy, there are a number of films I’ve had earmarked for viewing for many years. To my great shame as a self confessed cinephile, I’m still yet to see Citizen Cane, Rashamon, Tokyo Story and The Bicycle Thieves amongst many others. Until today, Federico Fellini’s 8½ was also on that list. I bought the film several years ago and have had the DVD on my shelf, staring at me, longing to be watched ever since. With a few hours free this afternoon I ignored the shouts from the various light hearted comedies and action packed Westerns who also begged for a stint in the DVD player, switched on my brain and sat down for what I’d long read was a true visionary masterpiece.

Named 8½ purely based on the number of films the director had previously made (six features and three collaborations which each counted as half), Fellini’s 8½ is a sometimes impregnable film which I found difficult to stay with. The plot, which is more than a little autobiographical, concerns a famous film director, Guido Anselmi (Marcello Mastroianni), who is stalled on his latest project due to director’s block. Infatuation and love cause marital problems and producers, agents and stars add to his headache with varying demands. Flashbacks and dream sequences blend seamlessly with the narrative to create an avant-garde but ultimately confusing film which also happens to be one of the most beautiful looking movies I’m yet to see.


There’s no way around it and I’m not going to try and pretend to seem smarter, I struggled with the plot. Although I grasped the general gist of the proceedings and could make most of the characters, there were times when I was lost in amongst the comings and goings, flashbacks and dream sequences. Despite some of the sequences going over my head, I still enjoyed the film but would definitely like a second watch. While I might not have understood everything, many of the themes were apparent. A central theme is that of aging and losing touch, coupled with a fear of modernity. There are several characters that are shunned or ignored due to their age and both the actors and camera swarm around the younger members of the cast in love and affection of their youth. The central character is fearful of being forgotten or cast out like other directors before him and other characters cling to youth with younger partners. Anselmi also longs for mothering but at the same time rejects older women. Numerous flashbacks return him to his youth and the bathing before wrapping in blankets in these scenes scream cleansing and rebirth. 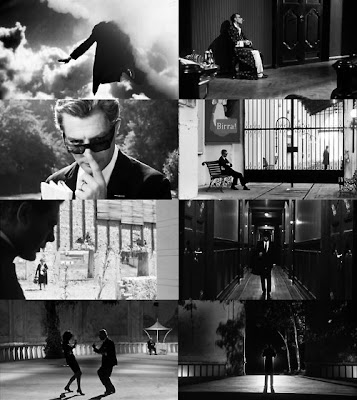 Another important theme is sex. This isn’t just confined to the act itself but to its place in society, religion, film and relationships. Its importance is subtly discussed in the plot and through the film’s images. Those images are some of the most striking I’ve ever seen. 8½ is stunningly beautiful, from its costumes, cinematography, camera movements to its actors. Marcello Mastroianni, Claudia Cardinale and Barbara Steele are about as beautiful as its possible for people to be and are styled deliciously in early 60s costume, hair and makeup. On a technical level the film is also superb. It’s not surprising that it is so influential amongst directors. The way the camera moves is sharp yet graceful and seems to swoop around like a fly in slow motion, landing on scenes, devouring them and moving on. The imagery is almost indescribable in its beauty. The pacing varies from quite, ‘sat at table’ scenes to those which have the look of a circus with all of the acts on at once. The more frenetic scenes are wonderfully chaotic. My favourite scene in the whole movie typified everything the film offers. The harem sequence was chaotic, beautiful and confusing. I watched in awe at its developing oddness and ever present baroque splendour. While this scene was my favourite, an earlier one on set had similar qualities and there are a number of almost vignette like scenes which look as though they belong on the screens of a modern art gallery. 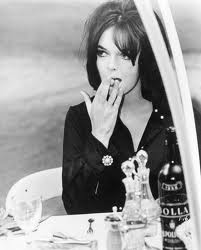 Just on one watch and without any background reading, I could see the film’s influence on subsequent films. At various points I was reminded of The Aviator, Hitchcock, Even Dwarfs Started Small, Adaptation and numerous others. In addition to this, it’s clear to see Fellini in the films of Martin Scorsese, Woody Allen and David Lynch. The film and director undoubtedly influenced many others too. As well as the cinematography, another area that stands out of 8½ is the score. Composed by Nino Rota, a double Oscar winner for his Godfather scores, it captures the extravagant nature of the movie as well as the chaos and occasional stillness. It works incredibly well to compliment the visuals and neither detracts nor overpowers them. A problem I had with the film and with Italian cinema in general was the overdubbing of the dialogue. This looks quite poor but in this case was apparently done due to necessity as the script wasn't finished during shooting. Much of the cast were also not native Italian speakers and this may have been an issue. Even so, it's a shame.

8½ is obviously a cinematic masterpiece but in part down to my own lack of understanding, I wasn’t able to fully get on board with it. I feel as though I’ve missed a lot and need to see it again. It’s an attack on the senses and even with my own intellectual limitations, I can appreciate how well made the film is and can totally understand why it ranks so highly with critics and film makers alike as well as why it isn’t better known by the average twenty-first century cinema goer.