"The truth stays in this room, between us" 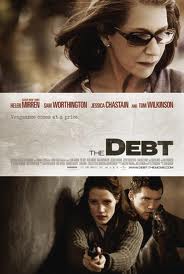 In 1997 an Israeli journalist is at the launch of her new book. The story is based on her mother’s (Helen Mirren) first assignment as a Mossad agent in which she and two other agents captured the Nazi War Criminal “The Surgeon of Birkenau” (Jasper Christensen). The plot then shows what happened in in 1965 and reveals there is much more to the story than the published account.


The film goes back and forth from 1965 to 1997 but stays in 1965 for the most part. We watch as Rachel Singer (Jessica Chastain) arrives in Berlin and takes up her role as a field agent along with David Peretz (Sam Worthington) and Stefan Gold (Marton Csokas). The trio successfully track down the old Doctor and capture him before a problem with his extraction means that they have to bring him to their apartment and find a new means of escape. The film is full of surprising twists and revelations which along with some great acting and terrific script make a dramatic thriller. 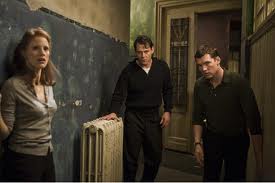 The acting talent on hand is top notch with the likes of Tom Wilkinson and Ciaran Hinds joining Helen Mirren in the 1990s cast. All three are excellent.  David Peretz, Sam Worthington and Jessica Chastain play the younger version of the characters and much like the older actors all deliver good performances. It is both actresses that stand out however, especially Chastain who is fantastic. Danish actor Jasper Christensen plays the Nazi Doctor and he too is superb, almost stealing the film. John Madden’s direction is unfussy and gritty but the overall result is that the film looks the same as any other Euro-thriller.


The script is first-rate. Frequent collaborators Matthew Vaughn and Jane Goldman (Stardust, Kick-Ass, X-Men First Class) working with Tinker, Tailor, Soldier Spy Screenwriter Peter Straughan have created an interesting and tense thriller with plenty to keep you guessing at. There were inevitably some obvious moments and twists but in the end the central twist surprised me and the ending was good. The plot isn’t entirely original however as the film is a remake of a 2007 Israeli film of the same name. That film is yet to receive a theatrical release outside its country of origin. 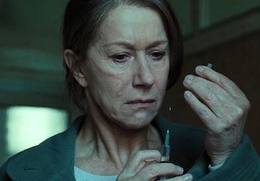 For a thriller the film isn’t very action packed but I liked the direction it took. There are still a few action scenes and car chases but the film is at its best when focussing on the group dynamic. This changes over time and is manipulated by the captured war criminal. The way he gets inside the characters head’s is superb and increases the tension amongst the group as well as for the film in general. We learn the most when nothing is said and this too is to the film’s credit. Although the script is snappy and fresh, the dialogue is sparse, focussing instead on body language and glances. The love triangle worked very well too and wasn’t overdone.


I have just a couple of small complaints. My first is the most important and that is that I had to pause the film and Google it to make sure which actor was playing which role. I wasn’t totally sure if Tom Wilkinson was David Peretz or Sam Worthington and felt it was obstructing my enjoyment so I had to stop and find out. This is something that should have been made ridiculously obvious as it has no impact on the story or twists and being unsure can only have a negative impact. My second problem was that in one scene Jessica Chastain overpowers two trained Mossad agents but later on she herself is overpowered by an elderly man who has been chained to a radiator with little food for several days. This felt a little inconsistent.


Overall though, The Debt is a taught and interesting thriller than contains enough drama and intrigue to satisfy me. The acting was good and I enjoyed the story while the problems didn’t impact enough to spoil anything.