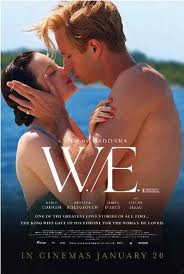 W.E. or Wallace and Edward or Woefully Excruciating, What Ever, Without Evidence, Worse than Empty, Withering Exacerbation or Wasteful and Erroneous is a film by Madonna that desperately seeks parallels between a modern day love story and that of Wallis Simpson and King Edward VIII. It’s rubbish, like really rubbish.


In 1998 a lonely wife called Wally (seriously, Wally) (Abbie Cornish) is obsessing over the life of Wallis Simpson (Andrea Riseborough) the woman behind the sensation of the century who met, fell in love with and married King Edward VIII of England. Simpson was not only a colonial commoner but was also twice divorced and it was inconceivable that a woman of her standing could marry a Royal let alone the man that would become King. This film tracks Wallis and Edwards’s love affair and the controversy it created while drawing comparisons to a modern day tale of love, suffering and redemption. And did I mention it’s rubbish?


Of the many, many problems with this film, the most constant source of frustration and anger for me was the way in which it was filmed. It flip-flopped between a traditional period drama type of shoot with wide angles, occasional close-ups and slow pans and something which was as out of place as a pubic hair in a trifle. Every minute or two and for the entire film the cinematography would change to a sort of faux documentary style similar to the sort of thing you’d find on MTV’s Punk’d. The screen would go grainy and have a sort of sepia tone while zooming in and out quickly while darting around. It was like a Jason Bourne documentary starring Ashton Kutcher only looking at people pouring tea and discussing a constitutional crisis. It was so out of place that I shouted at my TV every time I saw it. I have to ask if Madonna had ever seen a film before making W.E. or if she maybe fell asleep watching a period drama and woke up after someone had turned over to MTV and thought “Oooh, clever”. It isn’t. It looks ridiculous. Moving on. The story is poorer than the stereotypical Welsh peasants the film depicts. These characters by the way are so poor that no one in the village was able to wash their face before meeting the King. Come on! One of the things that Wallis and Edward are most famous for is their Nazi sympathising. This is well documented with evidence and period testimony. But hang on, W.E. says that they weren’t. The evidence it offers is well, it is mentioned once that they aren’t. End of story. Closed case. We are also meant to feel sorry for Wallis because people don’t like her. She was able to marry the man she loved, wanted for nothing and had jewellery seeping out of her pores but some people didn’t like her so let’s feel sorry for her. No. In the modern story we are meant to feel for Wally and occasionally you do. Her husband is inattentive and abusive. Maybe she should leave him then. She keeps banging on about how he doesn’t let her work so she has to fill her days wandering around their mansion and visiting auctions where she buys $10,000 gloves once worn by Wallis Simpson. Poor girl.


Wally can’t leave her husband though because they are trying for a baby, except they’re not because he’s gay. One day she meets a handsome Russian security guard (Oscar Isaac) who despite being a security guard is also an intellectual who plays virtuoso piano and lives in a huge Brooklyn loft. Maybe he might be the man she should really be with? I could go on for pages about the problems with the plot but to save time some other ridiculous things include a scene in which the Russian guy opens and spills champagne all over incredibly valuable items at Sotheby’s before letting Wally try on priceless jewellery, an auction scene which is more reminiscent of a rave, a shameful attempt to create a parallel between Wallis Simpson and Dodi Al Fayed, a scene in Brookyn which features every conceivable Brooklyn cliché and an awful characterisation of Elisabeth Windsor (The Queen’s mother) as a woman who is out only for herself and in charge of her bumbling fool of a husband, the future King George VI. The film is unbelievably poorly researched and full of completely made up ideas and unrealistic scenes but the worst scene of all left me so stunned I couldn’t speak.


The scene in question takes place when Wallis, Edward and various hangers on are watching a Charlie Chaplin film. No one was enjoying the film so to spice the evening up the King decides to spike everyone’s drinks. I’ll say that again. The King decides to spike everyone’s drinks. Now everyone is laughing and having a whale of a time so Edward suggests that Wallis does “that dance I like”. Wallis gets up and performs a raunchy dance to a song. That song is The Sex Pistols Pretty Vacant. I have never before heard such an ill-judged song used in a film. It doesn’t fit in any way, shape or form and is not only out of place in the scene but also in the film as a whole with otherwise makes use of a traditional score. I simply don’t know what Madonna was thinking. Andrea Riseborough hitching up her skirts to perform what is essentially a 1930s lap dance while Chaplin flickers behind her and The Sex Pistols are blaring is probably the most vapid, preposterous and tasteless scene in film making history. 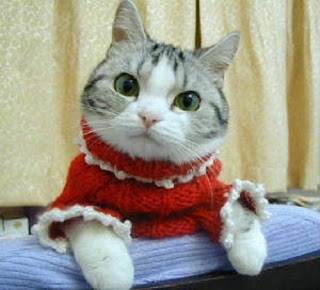 The Direction and plot aside and the acting is the only thing that saves W.E. from being the worst film I’ve ever seen. Andrea Riseborough is actually very impressive as Simpson and does her best with terrible dialogue and clunky scenes. Her mid Atlantic accent is perfect and she does what she can with a character that the Director forces you to feel for. Abbie Cornish is also fine but unremarkable. Unfortunately she now has the misfortune of appearing in two of my least favourite films of all time, this and SuckerPunch. James D’arcy is also fine as Edward. He is dashing and straight talking but like a real King, has little to do. Oscar Isaac likewise is fine but just has to stand around and occasionally play the piano or damage priceless Royal artefacts. Finally Richard Coyle is good as the abusive, alcoholic, in the closet, Welsh psychiatrist.


I never had anything against Madonna. I have little opinion on her music and despite tabloid stories about her collecting of African children as though they were Pokémon, I don’t really care. Now however I actively dislike her. I want to fit her with a small electronic device which will give her an electric shock whenever she goes near a script or camera in the hope that via Pavlovian conditioning we may be able to stop her making a film again. W.E. is a total abomination which unsurprisingly made only $500,000 at the worldwide box office. It is unrealistic, plays with the truth, painful to watch, badly directed and scripted and full of tenuous parallels. It is so bad that I want to buy a new television so I never have to stare into the same screen that shined the particles of light that formed W.E. ever again.

You may have noticed that instead of the usual stills of the film I've used pictures of kittens in jumpers. I don't want you to have to see what I have seen. It's too awful.
Posted by Unknown at 21:36